The Need for Compelling Christians 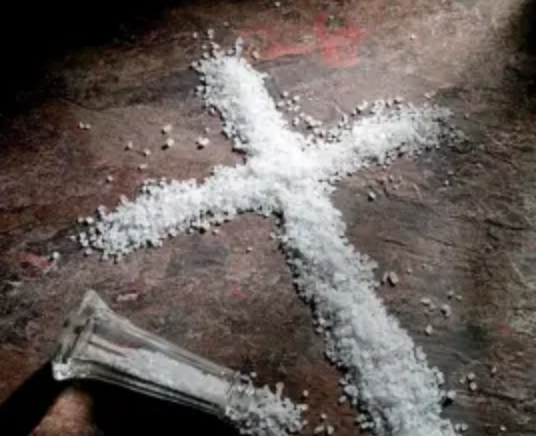 When you are with a compelling person, you know it. Compelling people a have an effect, and at times unexplainably so. They possess a clear and driving force, and draw out urgent attention from those of us around them. They are not arrogant – they just have impact on others. They are men and women of influence.

Now ask yourself, are you that kind of person?

I submit that what the world needs in this generation is more compelling Christians.  In fact, the name Christian means “of the party of Christ” or “little Christ” (see Acts 11:26

). This should make you stop and consider who you actually are. Historically, the name “Christian” was received by the church of Antioch from a watching world.  The new Christians didn’t name themselves “Christians”…the world named them. The connection is clear–to the world, Christians represent Christ. At least that’s how the world sees it.

What was Christ like? Answer: compelling. Both his friends and his enemies could see that Jesus was not like most men. In fact, He was not like any man they had ever known before. He was most compelling. Filled with the power of the Holy Spirit (who is God), Christ left a lasting impression even on his enemies. I love the account of Jesus in John 7. Having been tasked to arrest Jesus, a few temple officers report back in a grossly unprofessional manner—jaw-dropped and empty-handed. Evidently, they had good reason for leaving Jesus alone.Awestruck, the officers gave this statement in their defense: “Never has a man spoken the way this man speaks” (v 46). Christ’s words were unlike anything these men had ever heard. Confounded, the officers aborted their mission of arresting Him and just stood there in awe of Him. Impacted. Influenced. Stunned.

On another occasion, earlier in His ministry, some Jewish worshippers gathered in the Synagogue of Jesus’ hometown of Nazareth. Though unbelievers (as the guards were), their impression of Jesus was the same. Luke 4:22

records, “And all were speaking well of Him, and wondering at the gracious words which were falling from His lips.” Can you imagine the awesome wonder they must have felt when hearing him speak? Imagine their befuddlement when making the most unbelievable connection to His earthly family. Luke 4:22

ends with this rhetorical question, “Is this not Joseph’s [the carpenter’s] son?” Some things just don’t seem to fit together. We don’t read that either group was saved, only that they were influenced in a compelling way.

If Christ was compelling to unbelievers, should not His followers be compelling also? Granted, none of us can be the Son of God (Jn 20:31

), walking daily in His footsteps, that our lives might have lasting impact and influence on others, just as Jesus’ did.

We meet Stephen early in the book of Acts when the Jerusalem church is not yet five years old and is in a bit of a crisis. Exploding with growth, the apostles were left with hundreds (perhaps thousands) of widows to look after. Having neither husband nor family to care for them, these precious women were in need of the church in order to eat. This was no small matter.

Unsurprisingly, as the apostles became overwhelmed with the heavy administrative load of caring for so many week after week, some of the widows were unintentionally neglected. This was not a problem to procrastinate about or pontificate over. Under the clear direction of the apostles, the congregation was tasked to survey its thousands of members and find a team of seven good men to relieve the apostles and lead the food ministry. Who would the church choose? You guessed it. The first pick was Stephen (Acts 6:5

Stephen stood out. His life had impact and influence. He was a good, godly man and everyone around him knew it. Stephen was compelling, a man of “good reputation, full of the Spirit and of wisdom” (Acts 6:3

). It was not his position but his life that made him the first choice. Stephen was a compelling Christian. He had only been saved a few years, evidently less than five, but he walked so closely to the Savior that he stood out.

How did Stephen live? What specifically made him stand out? First, Stephen was compelling because like Jesus, Stephen was “filled with the Spirit” (Acts 6:3

). In repeating Stephen’s description so many times, Luke is telling us something significant here. In Stephen our parched souls find refreshment; in him we meet a man who lived out the truths of the gospel. He was a man dead to selfish ambition and very much alive in God, living under the control of the Holy Spirit! In the New Testament, the idea of filling is the idea of controlling. Pastor Tony Merida explains:

Filled with the Spirit, Stephen was controlled by God! How compelling is that?

). Luke’s particular emphasis on being Spirit-filled is the resulting boldness that the Spirit energizes His witnesses with. How the world needs to see this kind of boldness among Christians in our day (see Acts 4:8ff

There are other examples Luke records. Briefly, in his words, Stephen had wisdom like Jesus (Acts 6:10

). In his ministry of the Word, Stephen preached like Jesus preached, preaching the Christ using the Old Testament (in canonical context) (see Acts 7:1-53

). Stephen lived a compelling example of Christlikeness, not in his own power, but under the control of the Spirit, and not for His own glory, but for the Glory of God!

Scripturally, Christ was compelling to the watching world. According to three of His apostles—Peter, John, and Paul—Christ’s followers should likewise be compelling (1 Pt 2:22-24

Christian, right where you are, remember that God has given you Himself (Jn 15:4-5

). You don’t have to have communication powers like Stephen and exposit several passages without notes. You just need to give up your selfishness and submit to the Spirit’s power in your life. Abide in the vine and bear fruit (Jn 15:8

). Yield to the Spirit. Follow in His steps. Repeat what He said, the way that He said it, and live how He lived—under the control of the Holy Spirit—and you are guaranteed to be a compelling Christian!

More by Will Costello

The Need for Compelling Christians

Competitive Stewardship in a Culture of Consumption Part 1

Part 2 of Competitive Stewardship in a Culture of Consumption

Things That Do Not Change

How Have We Been Changing And Growing?

When is it Okay to Disobey Human Authority?

6 Reasons Why You Should Vote

A Catechism on Christian Love

Join us Sunday at