In 1979, four families from Visalia, Tulare and Dinuba asked Pastor Keith Lundberg of the Kingsburg Evangelical Free Church to lead a Bible study to determine if a church planting venture should be started in Visalia. The group grew to eight couples and, after meeting for a year, extended a call to Dr. Robert B. Somerville to come as their first pastor. Bob, Mary, and their children moved from Teaneck, NJ, where Bob had pastored for nine years. Sunday services began in February 1980, and were held in the Veteran’s Memorial Building on Center Street. In November 1980, services moved to the Carden Manor School on Goshen Avenue. We moved into our current location at Main and Giddings in January 1995. In August of 2005 Dr. Somerville was called to a professorship at The Master’s College in southern California. Dr. Alden Laird, of Denver, CO, became our second pastor and served our body from January of 2006 to March 2016. Dr. William Costello and his family, moved to us from Jackson, NJ in May of 2017 and served until September 2022.

In December of 2020 after much prayer and discussion we as a church body voted to disassociate from the Evangelical Free Church of America and become an independent church, Grace Bible Church Visalia. Our pastors’ meet regularly with many other like-minded church pastors from the Master’s Fellowship, now called Central Valley Fellowship (CVF), for accountability.

Our church has always had a strong emphasis toward expositional preaching, missions, and Biblical counseling. Our commitment to expositional preaching (verse by verse) from both Old and New Testament passages each Sunday, maintains a well-balanced and nutritional feeding of God’s Word for God’s people (Matthew 4:4).
We began our mission program by supporting two families in 1982. Presently we support four local mission groups, seven full time missionary families and a short term missions program.
Biblical counseling has been an integral part of our ministry since our founding. Church staff and laypersons within the church are trained to counsel those in need. 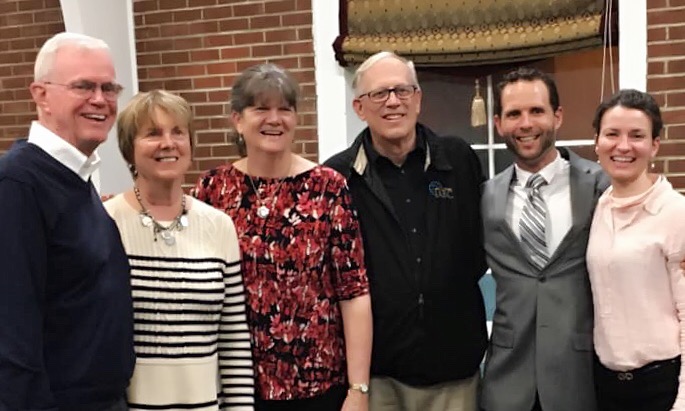 Join us Sunday at